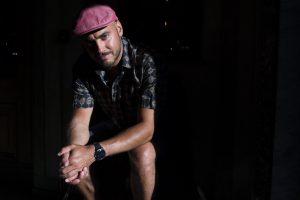 There are record collectors and there are record obsessives, and Kon certainly falls into the latter category. The bottomless pit of musical knowledge first got the bug aged four and hasn’t been able to shake it since. DJing followed in 1985 and now, decades later, he’s regarded as an absolute authority on hip hop, funk, soul and disco.

He found fame alongside his friend Amir when they released their acclaimed-On Track series in the mid 90’s.

In the studio, too, Kon is known for for his magical edits, remixes and reworks of forgotten classics to the point where Gilles Peterson named him “the edit and rework king” and features him prominently on his radio shows.

Still tirelessly digging into the annals of musical history, Kon’s constant research and unearthing have helped shape the modern disco resurgence and have forced DJs to dig ever deeper.

You can book him by contacting simon@thefinaagency.com direct.