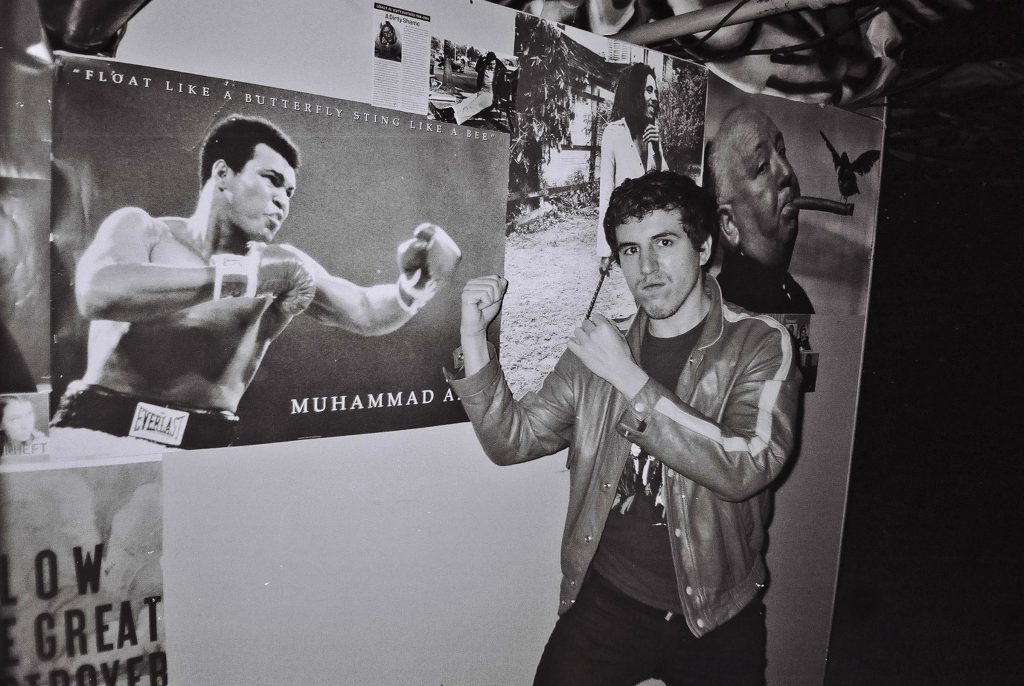 The FINA Agency welcomes Jex Opolis to the roster – a Canadian musician and DJ with a long and fruitful musical history. He lives in NYC and runs the Good Timin’ label.

From his cassette & PC experiments in the 90s, through to his days in Edmonton’s pioneering
electro duo DVAS in the early 2000s, and finally to the creation of his label in
2013, Jex has always managed to do things his own way.

The singular approach has paid big dividends for the NYC-based producer and DJ: A clutch
of well-received EPs, a celebrated LP and steady remix work have allowed Jex to DJ globally
and connect with dancers, DJs and heads.

And 2019 will see him continue that DIY approach with a fresh all-hardware live set and the
launch of a new sister label focused on the night club: Bad Timin’ Records.

On the subject of DJing, Jex regards himself as a servant to the party: with new wave, disco,
house, electro and world influences all thrown into his eclectic mix. You’ll also be likely to hear
plenty of exclusive edits and originals as he sweats out one of his vinyl-heavy sets.

Indeed, versatility both in the booth and in the studio has been key to Jex’s recent run of
success: From his melody-focused releases on Good Timin’ to his big room excursion on
Gerd Janson’s Running Back, Jex manages to connect the dots across genres and scenes in a
way that allows him to float above them.

Indeed, who but Jex could remix a Brazilian folk tune into a YouTube smash (3 million plays
and counting) and a few weeks later, self-release an underground electro banger?
One minute he’s playing a searing techno tune, the next it’s an afro-disco cut. One party
might see him playing peak time, while the next day he might be playing an afternoon cosmic
set.

A NYC resident since 2014, Jex’s busy touring schedule as a DJ and his label’s continuing
success with listeners also point to his ability to straddle both the club and the home-listening
worlds.